Back to Series Page

We’ll start at 12:00MT again, and have a mix of screen sharing this content, iPad diagrams, and some conversations!

What is Back-End Engineering?

We will use the terms ‘engineering’, ‘programming’, ‘coding’ and ‘developing’ interchangably!

In a broad sense, Back-End engineering is concerned with managing and manipulating ​data​ (aka information).

Consider a website like Instacart. When we view an Instacart page, what are the parts we actually care about? Why did we come here in the first place? In the screenshot below, the blue boxes represent examples of dynamic data that had to come from somewhere. That “somewhere” is what Back-End engineering is concerned with. 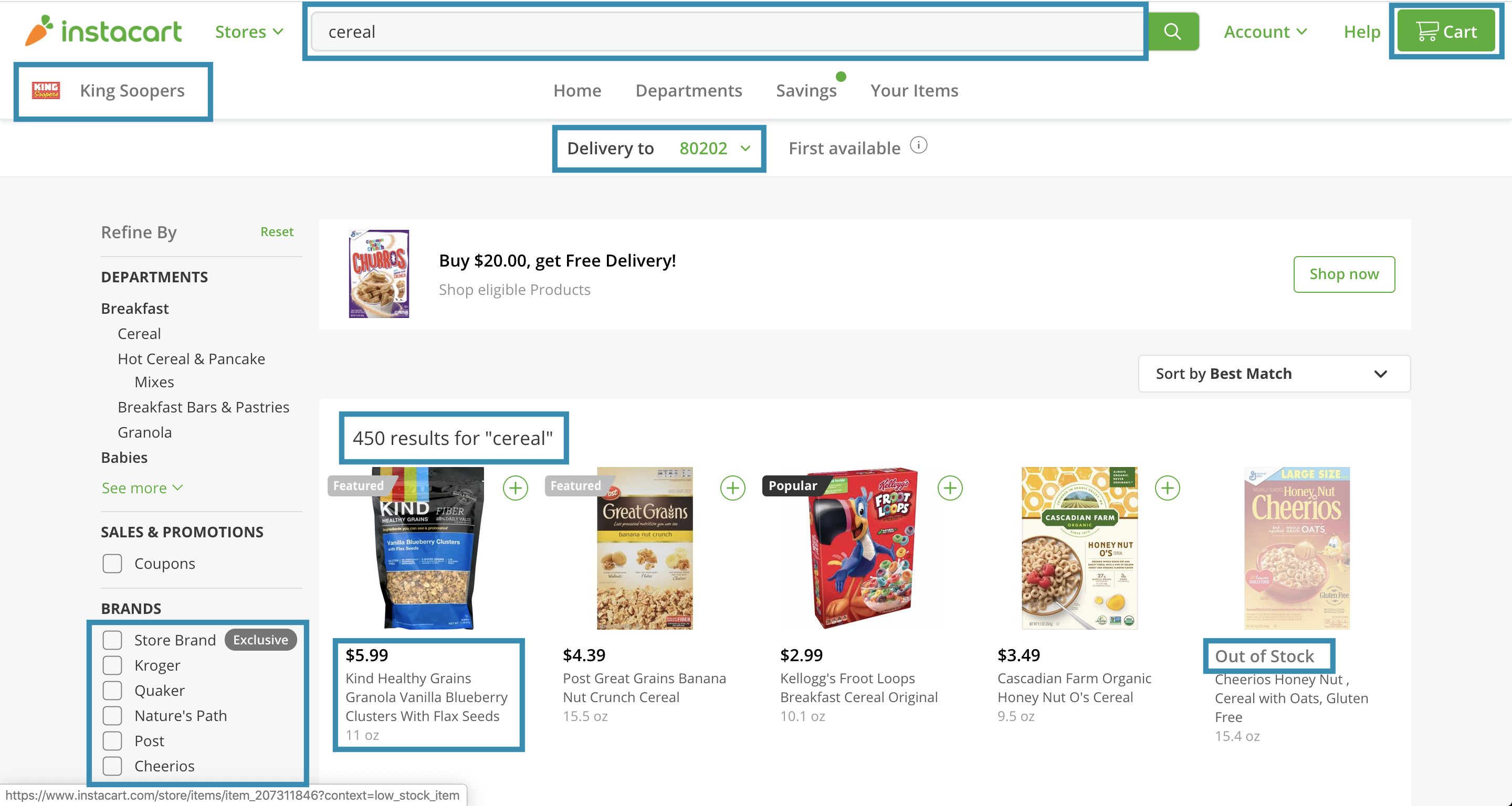 When we talk about Back-End engineering, we’re often thinking of the programming tasks involved in making this possible:

What is an app you use that stores data? Would it be helpful to you if it didn't have the ability to store your data?

What technologies are used on the Back-End?

Programming Languages are the way we communicate instructions to the computer. Just like English, Spanish and Arabic, etc., it is the main form of communication.

Most programming languages are built with the same concepts and can effectively do the same thing; but the small implementation details vary from one language to another. This is why it is relatively easy for programmers to learn a new language once they already know how to program.

The example below shows the code to solve a simple problem in Ruby (on the left) and in Python (on the right): 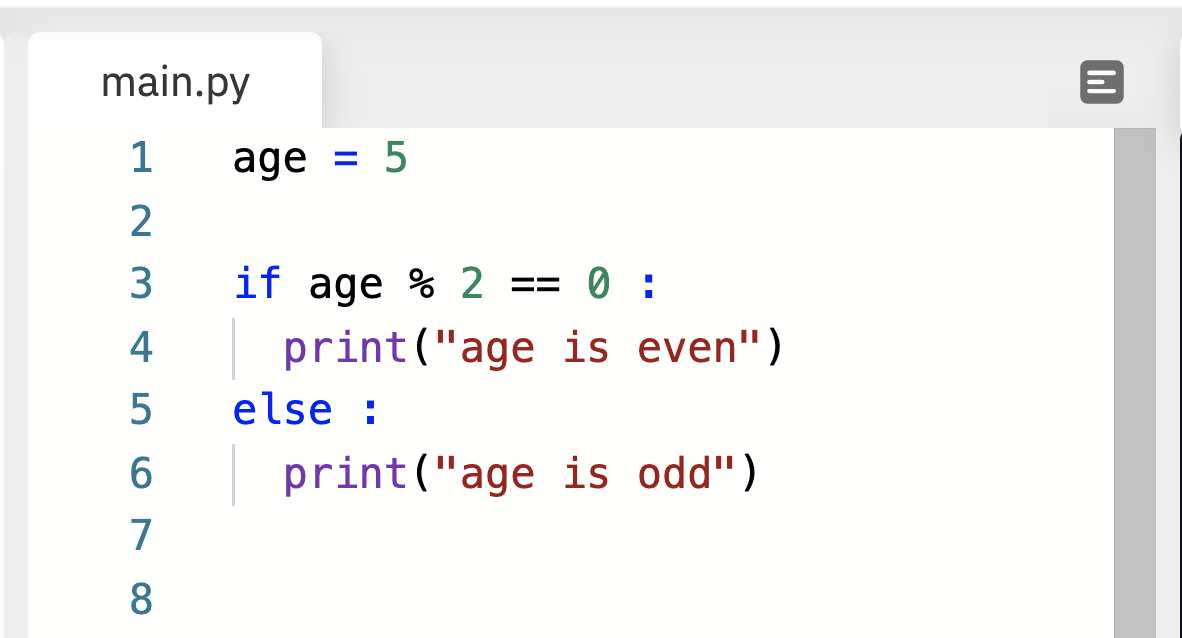 From the very similar code snippets above, we can identify some small differences:

While those differences seem small, each character is essential for the respective language.

Frameworks are built to work in conjuction with a specific language. They provide building blocks and organizational structures that make it easier for developers to start an app, and maintain an app as it gets very large in size.

Most applications you enjoy as a user were likely built with one or more frameworks! Instagram and Pinterest use Python and Django for their Back-Ends and GitHub and Shopify use Ruby on Rails.

Databases actually store the data for an application in an organized fashion. The apps, built in language/framework will communicate with the database it’s set up to work with, to get and give information.

In Back-End development, there are so many languages, frameworks and databases out there, that it can be overwhelming. Some may wonder, “Where do I start? Do I need to learn them ALL?”. Rest assured, even though we are working with powerful technologies, learners and developers are still only humans. There is absolutely no way that one programmer could work fluently in all languages and frameworks on a regular basis. As a learner, it’s usually best to pick a starting point, internalize the concepts and gain comfort using one set of technologies, then move into another if you’re interested to do so!

At Turing, we have found Ruby to be a beginner friendly programming language that helps learners deeply understand the concepts of programming. Many of our Back-End graduates get their first job out of the program writing code in a different language. They are able to quickly transition to a new language because they’ve developed such a deep understanding of the core concepts that apply to all languages.

We may or may not be able to dig up this information, but run a Google search and see if you can find out what language/framework your favorite app was biult with. Then, share out!

Example search: what technologies was pinterest backend built with

What does Back-End code actually do?

It’s common to understand the utility of what a Back-End is, but still wonder “What type of things are actually written in the code?”.

How do companies ensure their app is “up and running”?

At one time or another, our favorite app or most essential app, has probably crashed. For a user, ot can be anywhere from incredibly stressful to slightly disappointing. For a company, the consequence is potentially losing a lot of money - both that day and in future business!

There are many people on an engineering and product team who would contribute to making sure this doesn’t happen, or at least, when it does happen, things get back to normal as soon as humanly possible.

Back-End developers make an important contribution to this effort by writing automated tests to ensure the code they write will work as expected. These tests are also written in code, almost always in the same language their implementation code is written in.

Here’s a contrived example of what that may look like for a simple Ruby program:

When developers write tests, they work to check as many edge cases as possible. In the example above, the test ensures that 0, negative, and two-digit numbers behave as one would expect.

You have heard a LOT of information about what Back-End code is responsible for and may have learned some new buzzwords. If you still have a lot of questions on your mind or feel fuzzy on things, that’s ok and very common. If you are interested in coding, join us for a Back-End workshop where we’ll get our hands on the keyboard and write some code in Ruby!

Next week, we’ll do a deep dive into Front-End, similar to today’s session.